The 30th June is a sort of „Jethro Tull day“ in my diary because of two shows:

In 1993 Tull played during their „25th Anniversary“ tour in Vienna a open air show at the Arena. A very nice setlist feat. all songs from the whole career and also one brandnew track was played – an instrumental titled as „Andy Gidding’s Parrot“ 😉 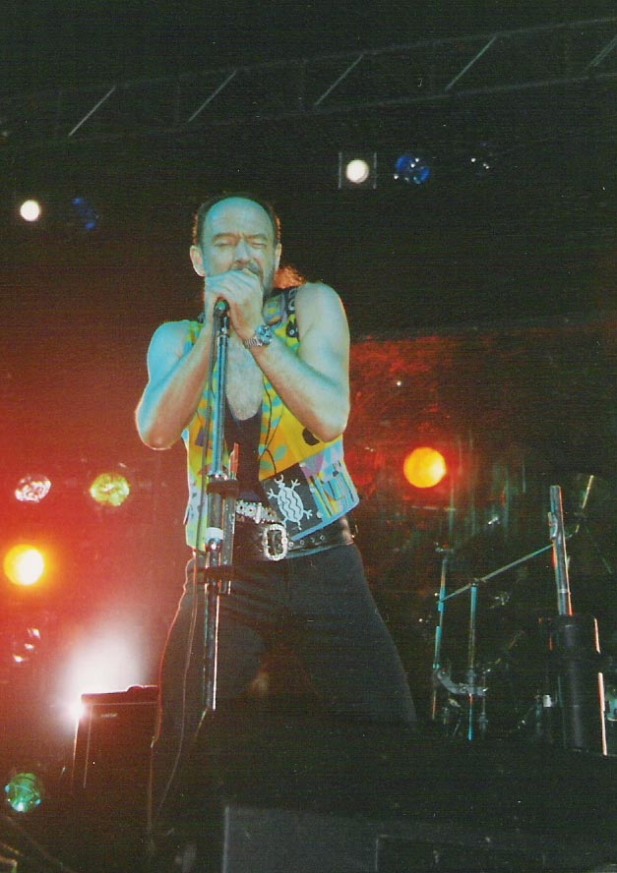 And in 2012 I finally had the chance to see long Jehtro Tull bass player David Pegg with his legendary Folk band Fairport Convention. At a wonderful location on a lake they played songs from the last 45 years band history.

Pictures, videos, setlists and reviews of these two shows you can find here (just scroll down to 30/06):
https://melomaneblog.wordpress.com/category/concerts-june

Cheers and have a nice day!

Hello to you all, dear musiclovers all around the world and welcome again to my personal Music Diary!

On the 29th June 2002 I bought myself the album „Live in New York City“ from Bruce Springsteen & The E Street Band. An aweseome recording by The Boss and on this release there is also a very special song called „American Skin (41 Shots)„. Bruce Springsteen was inspired to this composition by the police shootiing death of Amadou Diallo. The full story behind this you can read here! 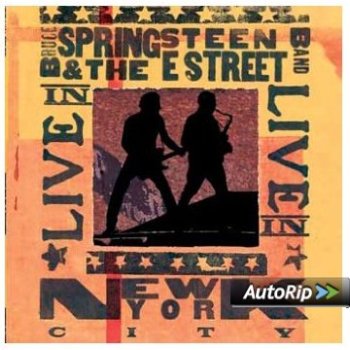 Hey dear Musicaddicts all around the world!

Welcome back to another entry in my personal music diary!

Today is a very special day for me because on the 27th June 2001 I did an interview with one of my favorite musicians: Mr. Martin Lancelot Barre who played the guitar for Jethro Tull from the early beginning back in January 1969 until 31st July 2011. We met before the gig in Munich at the Tollwood area. You can watch the video here:
https://melomaneblog.wordpress.com/category/interviews-video

After the interview Tull performed in typically way – very professional and solid. A good chosen setlist which featured all classics and also some rarities like „Love Story„. And as me and my video man (thanks Tom!) got backstage passes we found us after the show with the band and some other press people behind the stage 😉

The complete setlist and a review of the show can you find here (just scroll down to 27/06/):
https://melomaneblog.wordpress.com/category/concerts-june

Another gig of that day was on the 27th June 2004 and it took place at the Donauinselfest (a free annual festival) in Vienna. There I got my first live experience with the Norwegian band Kaizers Orchestra, which was just breathtaking. No wonder that Tom Waits is also a fan of this outstanding band. A short review you also find on the mentioned link 😉

Welcome to my music diary for today, 26th June!
On this day I completed my Jethro Tull collection with two nice vinyls:
In 1996 I bought the UK version of the single „Broadsword„/“Fallen on Hard Times“ which was originally released in 1982 to promote the awesome album „The Broadsword and the Beast„. 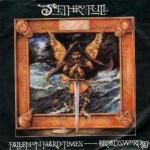 And in 2001 I received a copy of the „Aqualung“ album – but not the regular one! I got the very special „Quadradisc“ version of it which was first released back in 1975.

And here’s a birthday for today:
Richard McCracken was born on 26th June 1948! He was the bass player in the supergroup called Taste (from 1968 until 1970) which featured the outstanding guitar player Rory Gallagher and drummer John Wilson! So happy bday to Richard!

Cheers and spread the word!

Hey Musicfans all around the world!

Welcome again to my music diary – today for the 25th June!

Back in 2001 I accompanied a friend of mine to see one of his guitar heroes – Mr. Gary Moore! The guitar wizard from North Ireland played with his band in Munich at the Colosseum and it was obvious that my friend was very looking forward to the show 😉

But to be honest – I hardly can remember the gig and I do think that he played mostly songs from the current album of that time called „Back to the Blues“ and of course some of his legendary hits like „Still got the Blues“ and „Walking by myself„. The likely setlist you can find here:
https://melomaneblog.wordpress.com/category/concerts-june

Here is my music diary entry for today, 24th June:
Back in 2003 I attended another Jethro Tull gig – this time in Munich at the Zenith. This is one of those locations you will never like – too huge and very cold.

The support act were Leslie Mandoki with his Soulmates feat. Masha, a german female singer and better known as the daughter of Frank Elstner. This is the guy who invented the German TV show „Wetten, dass..?“. And I do think this says it all 😉

The Tull performance was solid and unfortunately nothing special at all. Apart from the horrible background singing by Masha (especially during „Heavy Horses“ – she just killed this song) I can remember that Ian Anderson reminded us on buying Christmas presents because of the upcoming album called „The Jethro Tull Christmas Album„, which was released later that year.

The exact setlist and a short review can be found here (just scroll down to 24/06/2003):
https://melomaneblog.wordpress.com/category/concerts-june

Today a very special person was born back in 1929:
Miss Valerie June Carter from the legendary Carter Family.

As you may know she married the Man in Black, Mr. Johnny Cash, on the 1st March in 1968. In the movie „Walk the Line“ (feat. Reese Witherspoon as June and Joaquin Phoenix as Johnny) you can see and hear the beginning of this outstanding love story.

June Carter Cash died on the 15th May in 2003 and Johnny Cash followed her a few months later on the 12th September. So one of the biggest love couples in Rock’n’Roll history were together again – R.I.P.

Welcome again to another entry in my personal music diary!

Today, on the 22nd June 2011, Arcade Fire blew me away with a fantastic performance which took place in Wiesen at the Festivalgelände (kind of open air thing with a huge tent).

Most of the songs were taken from the current release at that time, called „The Suburbs„.To get an impression of that breathtaking concert (incl. pictures, videos, the exact setlist and reviews) follow the link listed below and scroll down for 22/06/2011:
https://melomaneblog.wordpress.com/category/concerts-june

Cheers and don’t forget:
Life is far too short to hear boring music 😉 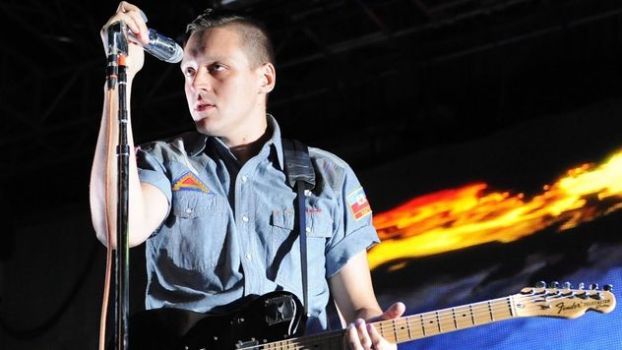 Hello dear Musicmaniacs around the world!

On the 21st June 1997 I attended another Jethro Tull gig – this time in Munich at the Rudi-Sedlmeyer-Halle.

And this one was very remarkable because the setlist was full with fine surprises like „A Song for Jeffrey„, „Skating away“ or „Acres Wild„! And as another surprise Mr. Leslie Mandoki joined the band for the tune „Back to Budapest„.

Full setlist and review you can finde here (just scroll down to 21/06/1997):
https://melomaneblog.wordpress.com/category/concerts-june/

And today one of the Tull family has his birthday:
Mr. Don Airey (Keyboard Player), who toured with the band during the „Crest of a Knave“ worldtour in 1987, was born back in 1948! Happy bday! 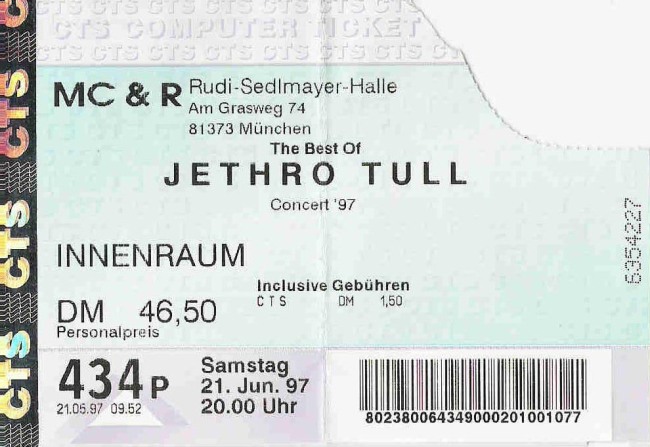