Welcome to my Music Diary – today for the 16th September!

In 1925 Mr. Riley B. King aka B.B. („Blues Boy“) King was born in Itta Bena, Mississippi, USA. King is one of the most outstanding Blues musicians of all time. In 2011 the magzine Rolling Stone ranked him at number six on its year list of the „100 Greatest Guitarists Of All Time„. Eight years before B.B. King was ranked on the third position of this poll.

King’s own description: „When I sing, I play in my mind; the minute I stop singing orally, I start to sing by playing my guitar Lucille.“ 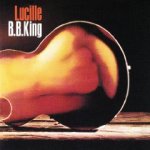 Welcome back to my Music Diary – today for the 3rd Sepetmber!

On the 3rd September 1970, Alan Christie Wilson aka Al „Blind Owl“ Wilson was found dead in his home in Los Angeles. The member of  the legendary Blues/Boogie/Rock band Canned Heat died at the age of 27. Wilson was guitarist, harmonica player, singer and a founder member of the group and wrote one of the biggest hits for Canned Heat: „Gonig up the Country„. This track became the unofficial theme song of Woodstock.

The album „Hooker ‚N Heat„ is a double album released by Canned Heat with John Lee Hooker in 1971. It’s the last studio album featuring Alan Wilson. The photo for the cover was taken after Wilson’s death, but his framed picture can be seen on the wall. 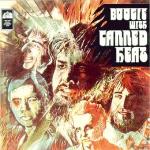