Welcome to my Music Diary – today for the 16th February!

On the 16th February 1972, Led Zeppelin played their very first show in Australia. The Australianasian tour (16th – 29th February through Australia and New Zealand) kicked off in Perth at the Subiaco Oval. The local police battled with over 500 fans, who tried to get into the concert. And over 4,000 people were waiting outside with no tickets, hoping to get into the venue in some way. 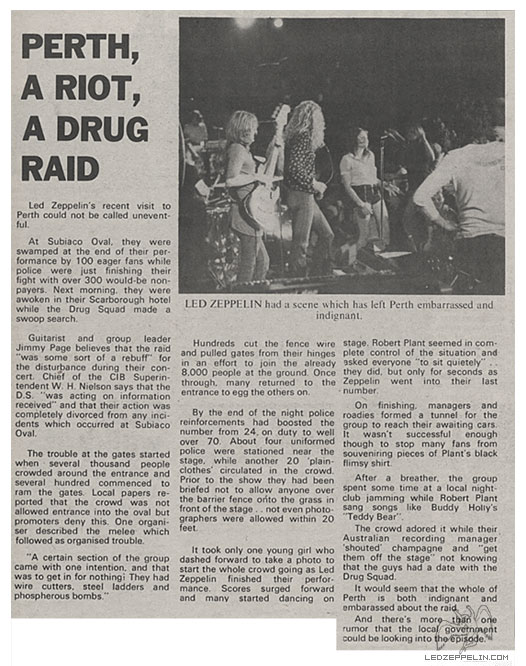 The setlist featured songs like „Immigrant Song“, „Heartbreaker“, „Black Dog“, „Since I’ve been loving you“, „Stairway to Heaven“, „Going to California“, „That’s the Way, „Tangerine“, „Dazed and Confused“, „What is and what should never be“ and „Whole Lotta Love“.

After this six date tour through Australia and New Zealand, Led Zeppelin never toured again on this side of the world.

Get your Led Zeppelin stuff here (for Austrian customer):